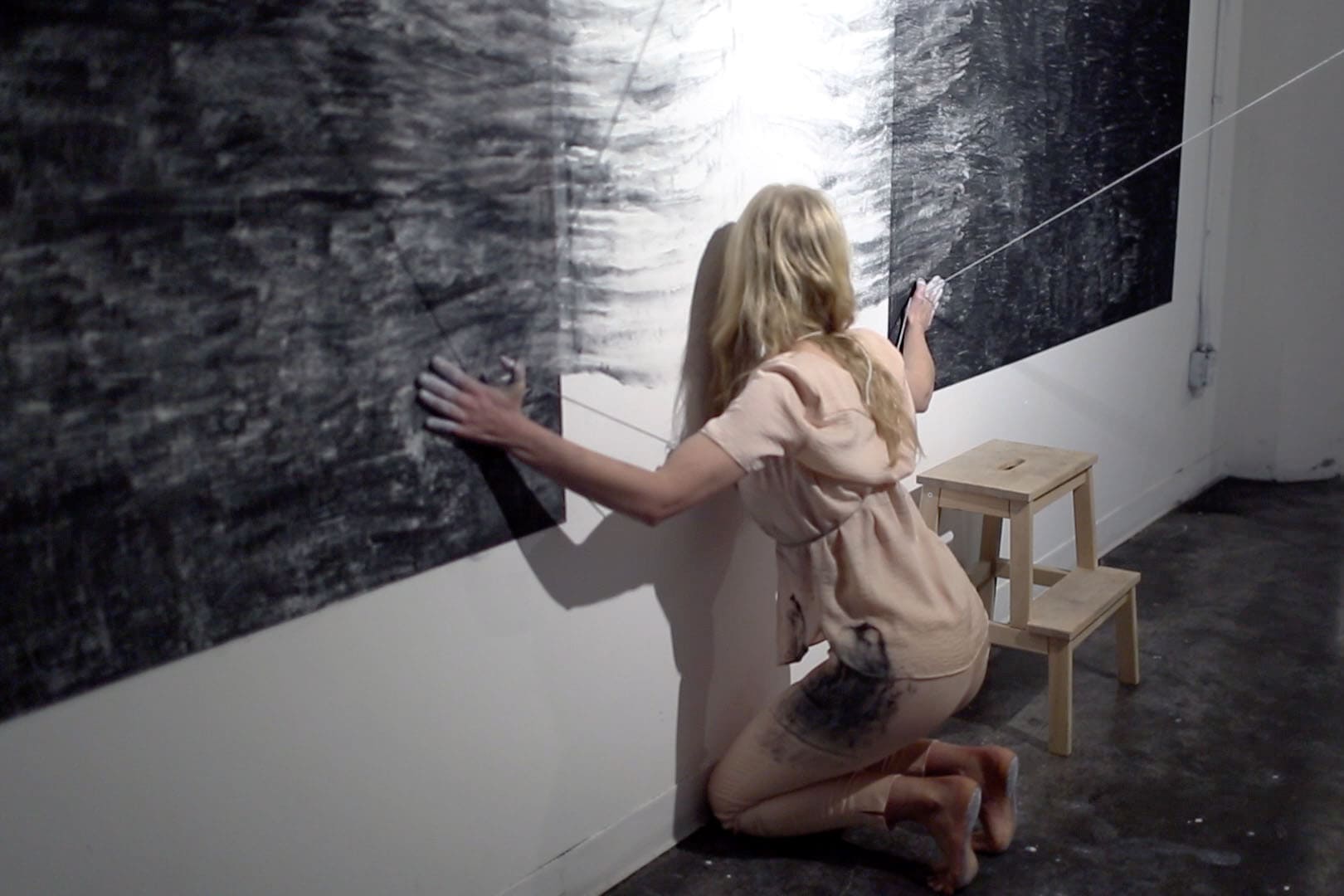 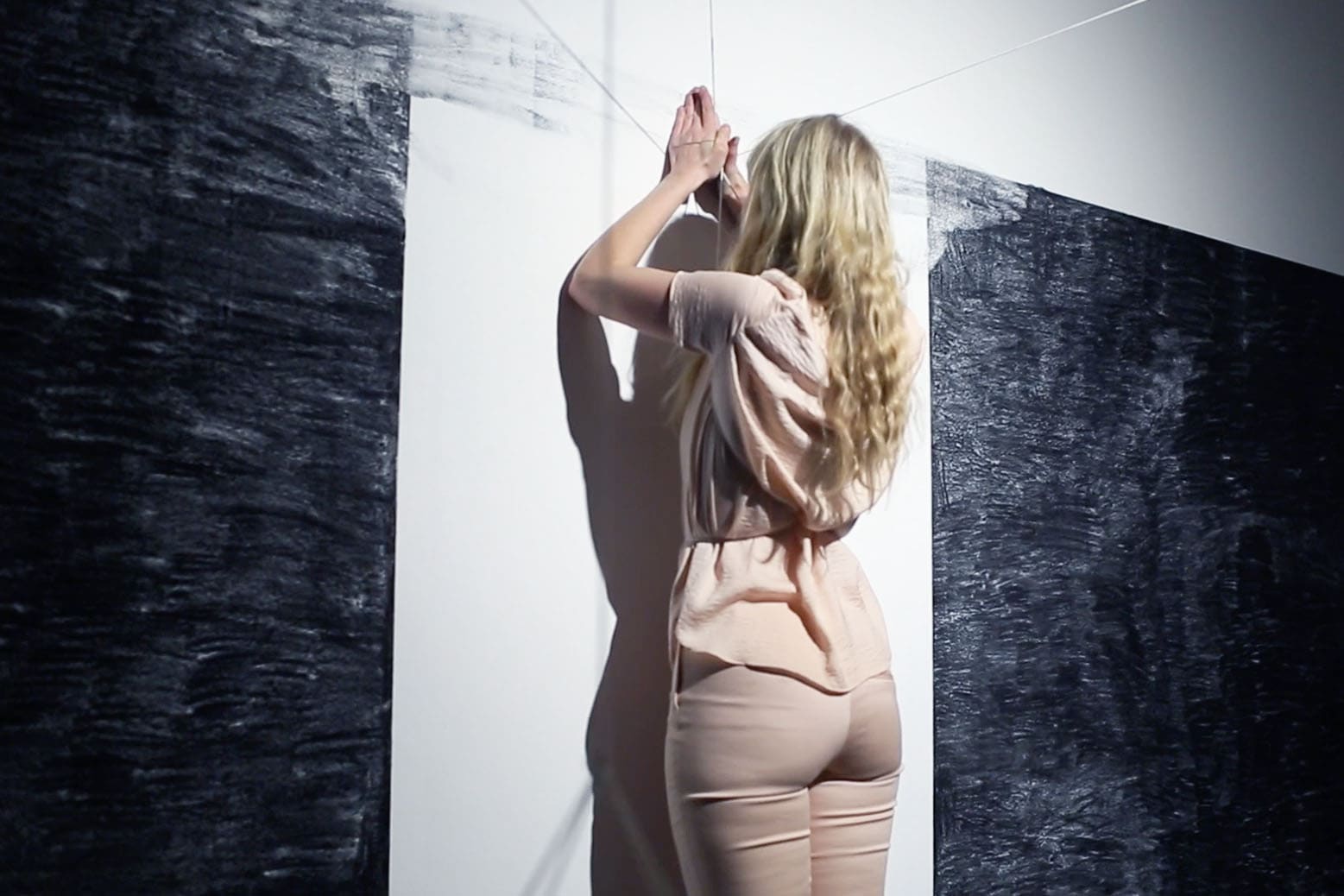 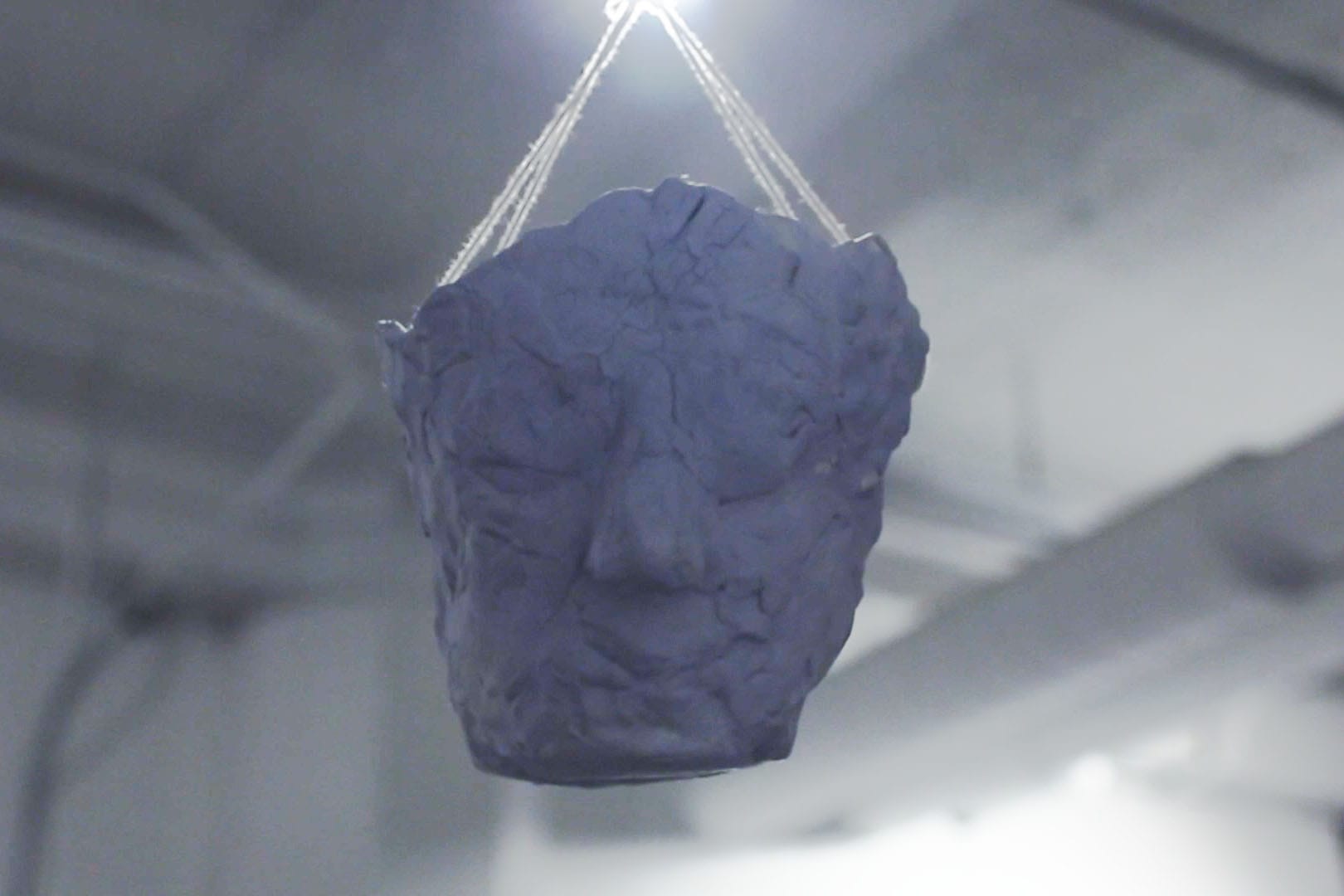 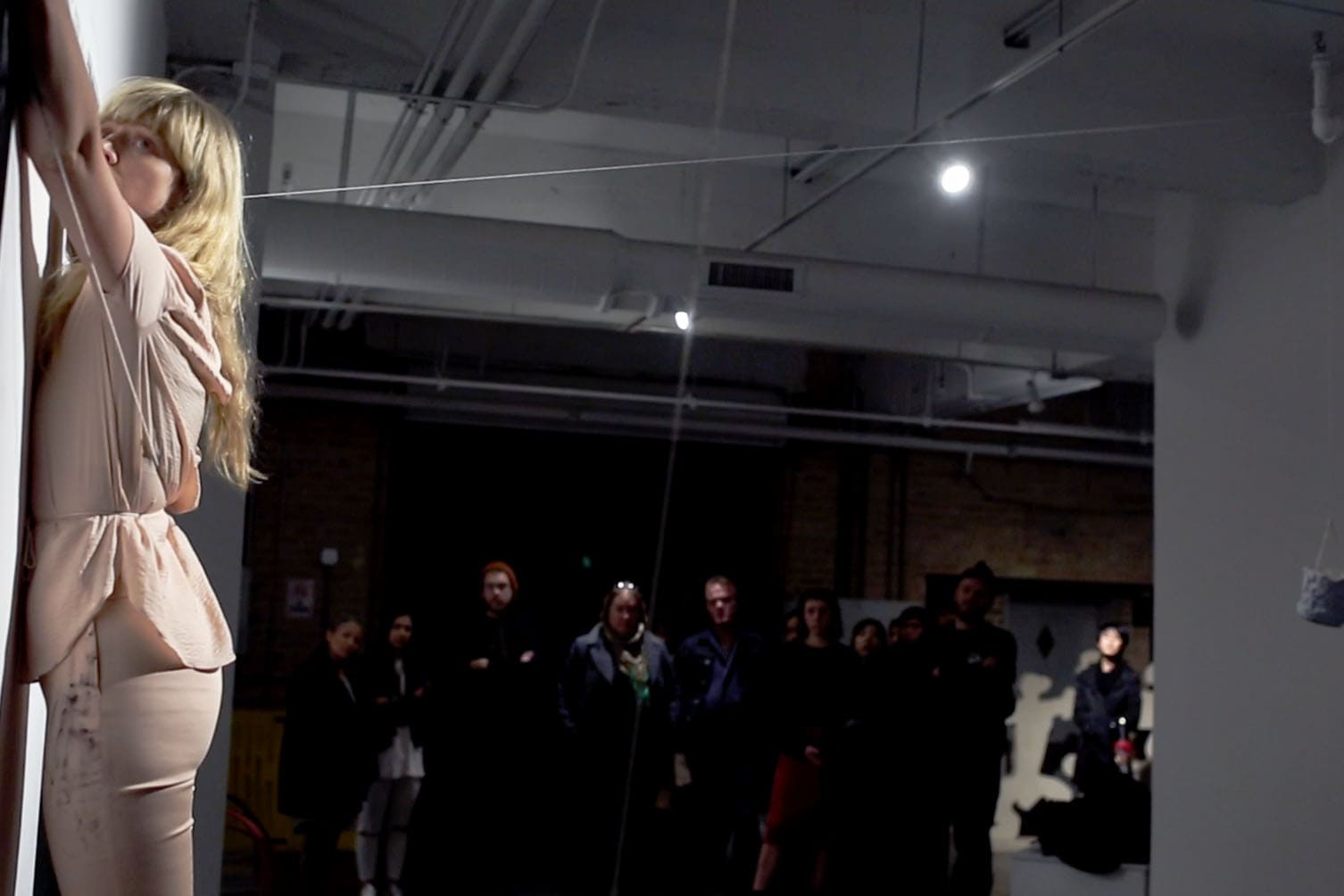 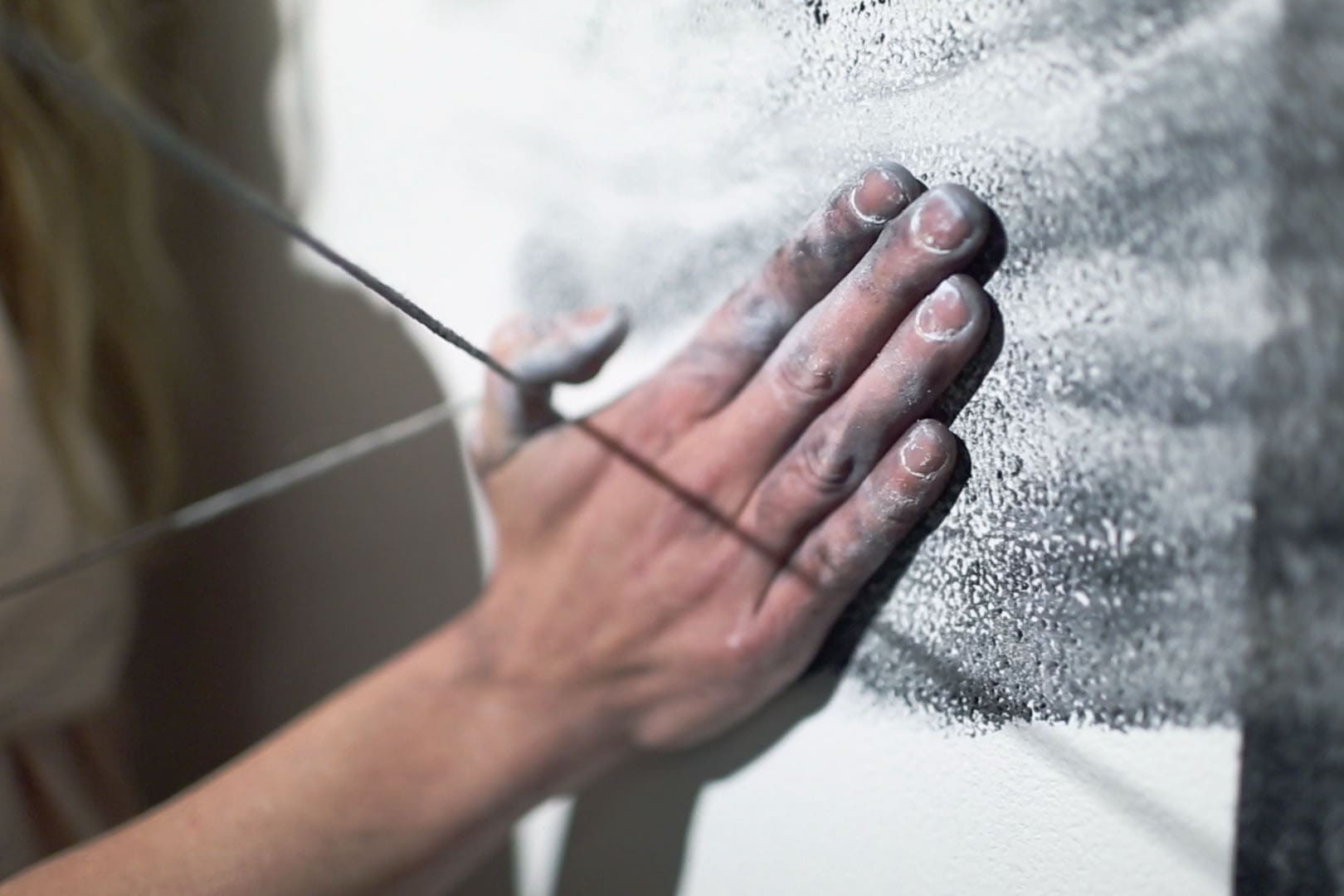 In this durational performance I create and disrupt arbitrary systems through a series of ritualized mark-marking actions.  Prior to the performance two black chalk squares are drawn on a white gallery wall. In the space two handmade ceramic vessels hang from cotton strings. The vessels are moulded with the portraits of my parents, engaging a tradition with examples from Ancient Greece, Pre-Columbian Americas, Medieval Europe, and enslaved African-Americans during the nineteenth century. The cotton strings suspending the ceramic vessels create a makeshift pulley system using the exposed architectural infrastructure of the performance space — a former industrial warehouse common of the American Midwest. At the other end these strings are tied to my body. This system attempts to visualize the connection to family and cultural history and the influence of place on these connections.

Over the course of an hour I attempted to blur the boundaries between the two squares with my body. As I moved, the strings hindered my movements and transferred this energy to the floating figures, which sprinkled fine white chalk as they danced. As viewers entered and left the performance space their tracks were left in the white chalk, disrupting the system and implicating the viewer.